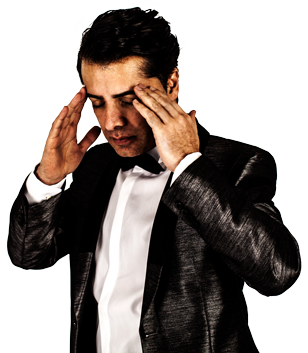 Jawid Sharif is a musician with self-awareness and enhanced comprehension in his music area. What makes him so unique is his aspects of creativity, composition, song-writing, arrangement and entertainment.

His overall music performance from traditional Afghan music, Ghazal, ballads up to modern dance music is appreciated by many fans in the across cultures. Jawid Sharif is strongly active and he takes the advantage to utilize his time appropriately for new music production. As he mentioned, “I’m usually trying to motivate myself and come up with new ideas in order to create catchy songs for my fans.” Every year he produces at least four singles in addition to music videos. He pays most of his attention to the people of Afghanistan, as they are his major supporters.

Another fact from Jawid Sharif’s point of view is, a great number of people have a negative association with Afghanistan. When people hear ‘Afghanistan’ they associate with it war, old tradition and a backward country. Indeed that is the truth, because over the past years in Afghanistan there has been continuous war. Jawid Sharif wants to change this negative image through using a modern and traditional style of music and videos in future and represent a positive image of Afghanistan as a peaceful, religious and modern place.

Conceivably, Jawid Sharif said that he detected the intersection between the western music world and the traditional music world, because this could be for him one of the key factors to enhance his popularity in his future career.